Inside: Do you have a finger sucker? Whether it’s the thumb or one of their other fingers, you’ll want to try this affordable product that can break the habit in a few days!

But finger sucking can be a hard habit to break and I definitely found that out the hard way with my second child.

Thanks to my thumb sucking (and all-around bad dental genes) I had to endure years of orthodontic work, so I wasn’t a bit surprised when the dentist told me at my daughter’s first appointment, “You’ve got to get her to stop sucking those fingers.”

What did surprise me were all of the negative thumb-sucking effects she could experience later on.

What are the side effects of thumbsucking?

A few of the results of kids sucking their fingers or thumbs until they are older than a year include:

Personally, I loved that she did it! There were even some benefits of thumbsucking that I enjoyed. I thought it was super adorable but it also comforted her. Whenever she got upset, she would suck her fingers and rub her ear and calm herself down. It was a lifesaver.

But the dentist said stop, so I said HOW??? Here were his suggestions:

-Take them out whenever you see her sucking and find something else to give her (yeah right!)
-A bar in the roof of her mouth

Those suggestions did not sound good to me so I took to Facebook to seek easy ways to stop thumb sucking from fellow moms. I got lots of suggestions and we tried almost all of them to get Ella to stop sucking her fingers.

What We Initially Tried to Stop Finger Sucking

The first thing we tried was the dentist’s suggestion to pull them out of her mouth whenever we saw her sucking and try and give her something else to comfort herself. We would say “No fingers Ella. What does the dentist say??”

She would pull them out sometimes, but they always found a way back in her mouth. Plus she got really upset whenever we told her to take her fingers out. And we couldn’t monitor this while she was sleeping, which was one of her biggest triggers. So this suggestion was a FAIL!

The next thing I tried were band-aids and exercise tape on her fingers. These were basically a DIY thumb guard. I think it worked for a few days, but she discovered how to pull those off, so that suggestion was also a FAIL!

One of the recommendations I got was to use a $40 glove to stop the finger sucking. I’m such a cheapo so $40 for one glove seemed super steep.

I found a shop on Etsy that made the gloves to fit specifically for the child based on their fingers of choice. I measured Ella’s hand and ordered the glove thinking this would finally break the finger-sucking habit because she couldn’t pull it off!

Boy, was I wrong.

The glove had Velcro on it and she tore that thing off as soon as I put it on. I was so annoyed, so I got a safety pin and pinned the Velcro shut so she couldn’t pull it off. I’ve never seen her more determined! She yanked and pried and pulled the safety pin open to get the glove off! FAIL!

I was upset, frustrated, and ready to give up!

What Actually Worked to Get the Finger Sucking to Stop

Then one day I saw some nail polish to stop thumb sucking in the store. I thought “Ella needs something on her fingers she can’t take off!” and the nail polish seemed like a good idea.

I did my Google research and found the best-rated nail polish for breaking a thumb-sucking habit and hoped it would work.

Once I got the Mavala Stop treatment I tried it first because I didn’t want to put anything on Ella’s fingers that I hadn’t tried myself.

Guys….it tastes so bad! I can’t even describe it, but it’s like a very bitter nasty taste. Like very spoiled pineapple mixed with sour grapefruit or something.

So I painted it on Ella’s little nails and waited for her to put them in her mouth…and she did…and she did not like it! She was gagging and saying “Yuck, yuck!” But after a few times of the bitter taste in her mouth, she stopped putting her fingers in!

It’s been several months now and she never sucks her fingers anymore!

Instead of scouring the internet for “easy ways to stop thumb-sucking” or “how to stop toddler from putting fingers in mouth” try Mavala Stop.

It’s a lifesaver for a new parent and for a stubborn toddler like mine. The taste is so bad, it got my daughter to stop finger sucking in just a few days! It would even work for adults who bite their nails!

What products to stop thumb or finger sucking have worked for your kids? Share in the comments! 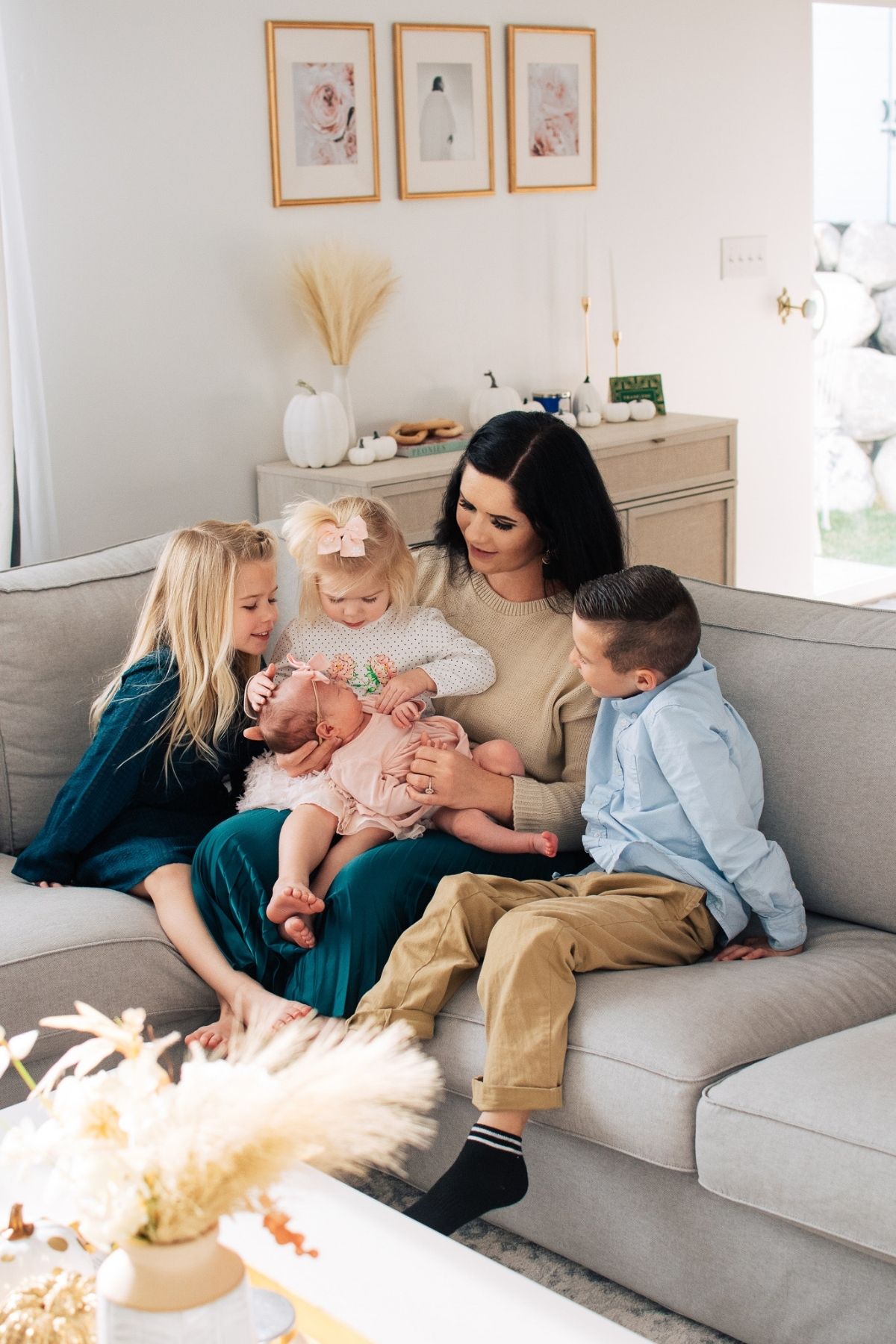 Mom of four and blogger. I help first time moms navigate pregnancy, postpartum and beyond. It’s my goal to provide you the best tips and tricks for birth, parenting, frugal living, cleaning, DIY projects and affordable home decor. So glad to have you here!